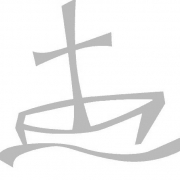 In the aftermath of the death of Amir Locke, who was shot by police in Minneapolis on February 2, the Minnesota Council of Churches (MCC) has issued the following statement. The Minnesota Conference UCC is a long-standing member of MCC and is grateful for its work to seek truth-telling and reparations, which we as a Conference are also financially supporting. Conference Minister Shari Prestemon is a member of the Board and Executive Committee of MCC and is thankful for this statement.

A young Black man, Amir Locke, was killed by Minneapolis police on Wednesday morning, February 2, 2022. Reminiscent of Breonna Taylor, Minneapolis police used a no-knock warrant to silently enter the private residence where he was asleep and they shot and killed Amir. They were looking for someone else.

We have no more words … First, we are still numb and in shock. Second, with the police killings of George Floyd and Daunte Wright, we made statements, quoted Scripture, protested, and called for action. Our colleagues around the country who are speaking out about police killings of Black people, Native people, and other people of color in their communities are also feeling like they have said all that needs to be said already.

We have no more words … Yet Amir’s family needs our prayers.

We have no more words … Yet Black women, many who were Mothers, gathered on Monday to cry out for justice, accountability, and the transformation of public safety. So, we must join these courageous Black women and once again find the words, the Scriptures, the protests, and the actions to demand that the City of Minneapolis account for its racism and incompetence in policing. We must demand from the Mayor of Minneapolis to use his newly gained powers to transform public safety in Minneapolis.

And we use the prophet Isaiah’s words to demand, “Learn to do right; seek justice. Defend the oppressed” (1:17).