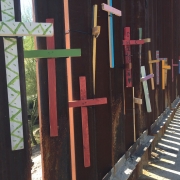 The Minnesota Conference UCC Immigration Team hosted a conversation on October 26 that focused on what is happening in the six Minnesota detention facilities. Hanne Sandison of The Advocates for Human Rights talked about efforts to get detainees released from these facilities. She was joined by Julio Zelaya from the American Civil Liberties Union ACLU (Mankato office) who discussed what is happening to our immigrant brothers and sisters in rural Minnesota.

WATCH & LISTEN TO THE DISCUSSION. 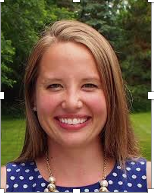 Hanne graduated from Harvard Law School in 2016, where she participated in the Harvard Immigration and Refugee Clinic, Immigration Clinic, and Human Rights Clinic. She also served as the senior researcher for Professor Deborah Anker, founder, and director of HIRC. Her commitment to a career in immigration law began in January of 2015 when she traveled with HIRC to Texas to help prepare women and children detained in Karnes and Dilley family detention centers with their Credible Fear Interviews. Hanne spent her law school summers at The U.S. Attorney’s Office in Minneapolis, Minnesota, and at Northwest Immigrant Rights Project in Tacoma, WA. Before law school, Hanne spent 2 years in New York City as a legal assistant and 1 year in Bangalore, India, as a legal intern with International Justice Mission. Hanne grew up in Bellevue, WA, and graduated from Bethel University in St. Paul, MN, in 2009. She is a member of the MN State Bar Association (MSBA) and the American Immigration Lawyers Association (AILA).

Julio Zelaya is a recent graduate from Gustavus Adolphus College, where he studied political science. In the past, Julio has worked with the Minnesota Department of Education and taught within the Minneapolis School District. He is the Greater Minnesota Racial Justice Coordinator. He has worked alongside Rev. Dana Mann of First Congregational Church in Mankato for the past two years to increase awareness of immigrant issues, concerns and advocacy. He brings his experience of what is happening with immigrants in the southwest rural area of Minnesota.