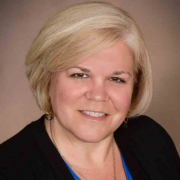 COMMAnts from the Conference Minister

Election season is in full swing. It feels to me as if an election cycle has never been stranger, the rhetoric more heated, or our choices more important. The polarization and divisiveness of our nation is on full display as we watch the back and forth among candidates up and down the ballot, our country’s most difficult and painful issues lightning rods for debate.

What does any of it have to do with us in the Church?

The principle of the separation of church and state hearkens back to our founders, when Thomas Jefferson referred to the First Amendment of the Constitution, saying: “I contemplate with sovereign reverence that act of the whole American people which declared that their legislature should ‘make no law respecting an establishment of religion, or prohibiting the free exercise thereof’, thus building a wall of separation between Church & State.” Ever since then our country has grappled with what it really means to have separation of church and state, and whether or not faith and politics, by extension, should ever mix.

While our sacred scriptures don’t have much to say explicitly about political elections, they do have a lot to say about leadership and how the character of leadership impacts the lives of people in ways that matter deeply to God. And while Jesus was not a political figure in the ways we understand that today, what he said and did most definitely had political implications. He was killed by the Romans because of it.

Churches’ status as 501(c)(3) tax-exempt organizations prohibit them from endorsing or financially supporting any one candidate or campaign. But we cannot ignore politics entirely.  Elections, and the policy choices that result from them, have moral dimensions that we are called to care about as people of faith. Our scriptures call us to be co-creators with God in building relationships and communities based on love, mercy, compassion, and justice. That means we have to be willing to engage in processes that offer the best chance for those values and that vision to prosper.

As each of prepares to make our own choices in November’s elections, there are several values integral to our faith story and faith practice that we can use to help us evaluate which candidates will get us closer to the beloved community our sacred teachings envision.

This is by no means an exhaustive list of faith-based values to consider when making your choices in this election season. But praying for the wisdom to discern these gifts among those who seek to lead us will help us approach this election season with our faith fully engaged. And that is a good and necessary thing in this season of such challenge and sorrow.

With you on the journey,

P.S. The United Church of Christ provides a host of wonderful resources for you and your congregation about how to engage in this election in a faithful and nonpartisan way. Check out Our Faith Our Vote.