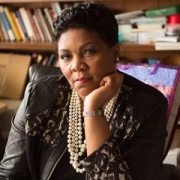 A new webinar series to expand racial justice awareness, “Justice Talk to Justice Walk: Building Awareness, Strengthening Our Resolve,” launched June 30, with the Rev. Traci Blackmon, Associate General Minister of the United Church of Christ, talking on “Where Do We Go From Here? Lessons from Ferguson & Beyond.”

Watch and listen to the amazing conversation here.

Rev. Blackmon’s leadership and ministry in the aftermath of the killing of Michael Brown, Jr. in Ferguson, Missouri, nearly six years ago is well known. She has since become a leading national voice in the struggle for racial justice, and has toured the nation with Rev. Dr. William Barber of Moral Mondays and Repairer of the Breech to declare the need for a moral revival in the United States.

Upcoming Webinars in the Series